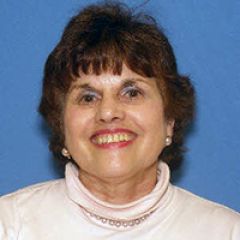 Jomarie Alano has taught at several area colleges, including Colgate University and Wells College and she has also taught History FWS 1335: Fascisms and History 3662: Women, War, and Peace in Europe, 1900-1950 at Cornell. Jomarie received her A.B. from Cornell in French Literature with an Italian minor. She then went on to receive an M.A. in French Literature from Boston University, an M.B.A. in Finance and Accounting from Cornell, and a Ph.D. in Modern European History from the University of Rochester. Her publications include a biography of Italian Resistance activist Ada Gobetti, entitled A Life of Resistance: Ada Prospero Marchesini Gobetti, 1902-1968 (University of Rochester Press, 2017), and a translation from Italian to English of Ada Gobetti's wartime diary, entitled Partisan Diary: A Woman’s Life in the Italian
Resistance (Oxford University Press, 2014). At present, Jomarie is working on a project that will use her father's dairies from World War II, when he was one of many Italian-Americans who served in the 88th Infantry in Italy, as well as her mother's letters from 1943, as a springboard to an analysis of Italian-American life in their hometown of Auburn, New York. Her project will also include references to propaganda through films shown to American servicemen in training, ways in which women served on the home front, restrictions on Italian-Americans during the war, and how the Italians viewed their American Allies. 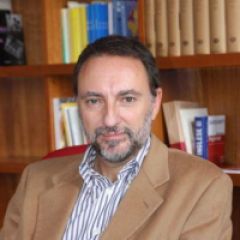 Fabio Armao is a Full Professor of International Relations at the University of Turin and Visiting Professor at Cornell University, USA. He is a founding member of the Turin World Affairs Institute (T.wai), a member of the Standing Group on Organized Crime of the European Consortium for Political Research and of the Editorial Board of "Global Crime". Among his main research interests, the theoretical and historical study of war and the spread of non-state actors of violence in the post-bipolar world, with particular regard to transnational organized crime and, lastly, to youth gangs. 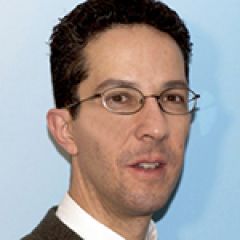 Juan Arroyo is an Assistant Professor in the Department of Politics at Ithaca College and an advisor to the Model European Union and Model United Nations teams. His teaching interests include European Politics, the European Union, International Organizations, Political Parties and Ideologies, Comparative Welfare States, Catholics and Politics, as well as Food and Water: Challenges to Sustainability. He earned his Bachelor of Arts at Cornell University and went on to receive a Masters of Arts and PhD  in Political Science at The American University. He has given multiple academic talks over the years. In June, 2018, he presented "Food and Sustainability: How government both helps and hinders" to the Longview community in Ithaca. Currently he is working on a paper regarding Spanish politics. 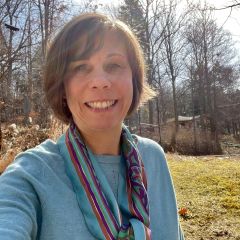 Jennifer Germann is an Associate Professor of Art History at Ithaca College. Her article, “‘Other Women Were Present’: Seeing Black Women in Georgian London,” was recently published in Eighteenth-Century Studies 54:3 (Spring 2021). She is also the author of Picturing Marie Leszczinska 1703–1768: Representing Queenship in Eighteenth-Century France (2015) and co-editor of Materializing Gender in Eighteenth-Century Europe (2016), both from Ashgate Publishing. Her research has been supported by grants from the NEH, the Yale Center for British Art, the American Philosophical Society, and a Fulbright. 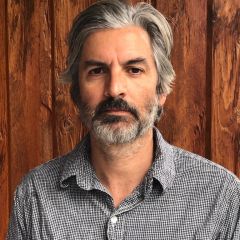 Matt Kadane is Professor of History at Hobart and William Smith Colleges. He studies the early modern period in Europe and to a growing extent more broadly. He is the author of The Watchful Clothier (Yale UP, 2013) and is finishing a new book, The Enlightenment and Original Sin. He has also written articles in The American Historical Review, Past & Present, and several other journals and book collections. His research has been funded by the National Endowment for the Humanities, the Institute for Advanced Study at Princeton, The Huntington Library, the Mellon Foundation, and others. 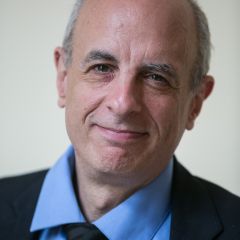 David Ost is Professor of Political Science at Hobart and William Smith Colleges. He is the author of Solidarity and the Politics of Anti-Politics: Reform and Opposition in Poland Since 1968 and coeditor of Workers after Workers' States: Labor and Politics in Postcommunist Eastern Europe. Ost also publishes articles in magazines including The Nation, Dissent, and Tikkun. 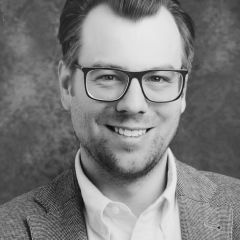 Leslie Rogne Schumacher studies nationalism, imperialism, and migration in the Mediterranean Sea and its basin from the 1700s to the present day. He currently serves as a Senior Fellow in the Center for the Study of America & the West at the Foreign Policy Research Institute (FPRI) in Philadelphia. Before coming to FPRI, Dr. Schumacher was the David H. Burton Fellow & Visiting Assistant Professor of History at Saint Joseph’s University. He has also taught at SUNY-New Paltz, Hamline University, and the Sant’Anna Institute in Sorrento, Italy and has held research fellowships at Harvard University and the University of London. Dr. Schumacher’s prior scholarship has focused on such topics as: imperial and national rivalry in the Mediterranean and Middle East, migration and refugee studies, the EU’s history and future, British diplomacy and foreign policy, and Orientalism and the East-West relationship. He has published research on the Eastern Question and the rise of European integration theory, Britain’s Ionian protectorate, and the 1890s Armenian massacres. He is currently working on Mediterranean migration during the nineteenth-century age of nationalism, focusing on the experience of Italian and Greek political and war refugees in Britain’s Mediterranean colonies as well as in North African port cities. Dr. Schumacher also sits on the Board of Directors of Britain and the World (BATW), whose conference, journal, and book series are leading venues for work in British Studies. In May 2017, he was elected a Fellow of The Royal Society of Arts (FRSA), for his civic engagement on immigration and refugee affairs. 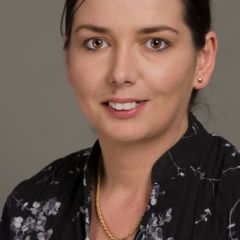 Anna Unger received her degrees (political scientist - 2003, PhD in Political Science - 2018) from the Faculy of Law, ELTE. Her main research interests are democracy as a theory and a method, with a special focus on direct democracy, the politics of elections, and American politics. Her current researches deal with the challenges and limits of competitive elections, and the safeuards of democracy in federal political systems. Since the mid-2000s, she wrote dozens of articles about politics into different Hungarian weekly and daily newspapers. As an expert of democracy and elections, she is a regular guest of public events organized by NGOs and think tanks, and of the media. 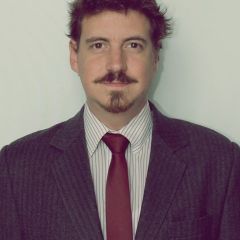 Tamas Dezso Ziegler is a lawyer from Budapest, Hungary, and currently an associate professor in the Institute of Political and International Studies at the Faculty of Social Sciences of Eötvös Loránd University (Budapest, Hungary). Tamas' major is in EU law and European studies (including the interdisciplinary analysis of public policies and political aspects of legislation), international business law and private international law. Tamas started his career at some of the biggest international law firms: at Baker & McKenzie Hungary and Nagy & Trocsanyi Attorneys-At-Law (that time an associate office of Coudert Brothers). Later, he taught at several Hungarian universities including Corvinus University Budapest, Karoli Gaspar University School of Law, Edutus College (College for Modern Business Studies) as well as at the National University of Public Service, and also worked for more than a decade as a research fellow of the Institute for Legal Studies of the Hungarian Academy of Sciences (Budapest). Apart from his work in Hungary, he was a visiting professor at Bergen University (Norway), Warwick University (Coventry, the UK), Northwestern Polytechnical University (Xi’an, China), a fellow of Free University Berlin, was a visitor at the Diamond Law Library of Columbia University School of Law (New York), a Van Calker Fellow of the Swiss Institute of Comparative Law (Lausanne), a visiting scholar of Fordham University School of Law (New York), a visiting fellow  (grant holder) of Max Planck Institute on Comparative and International Private Law (Hamburg) a visiting fellow of Max Planck Institute for Comparative Public Law and International Law (Heidelberg), and a guest researcher of the Contestations of the Liberal Script (Scripts) research project of the Otto-Suhr-Institute of Free University Berlin.