The Rabindranath Tagore Lecture Series in Modern Indian Literature is made possible by a gift from the late Cornell Professor Emeritus Narahari Umanath Prabhu and his wife, Sumi Prabhu. Inspired by Rabindranath Tagore’s expansive imagination, unbounded by geopolitical boundaries, the series has regularly featured prominent writers from across South Asia and its diasporas.

The Tagore Lecture, which is free and open to the public, was initially held in early autumn, but are now scheduled for the late spring.

Previous lectures, with links to full videos, are below. 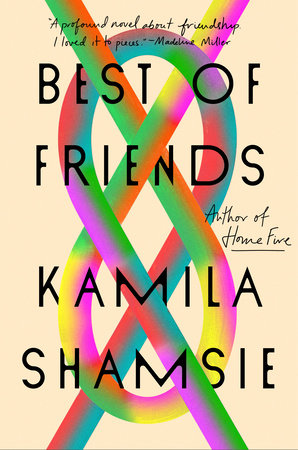 On April 14, 2023, Pakistani-British novelist Kamila Shamsie will present, "History, Memory and the Fictions of 1988," including a reading from her latest novel, Best of Friends. 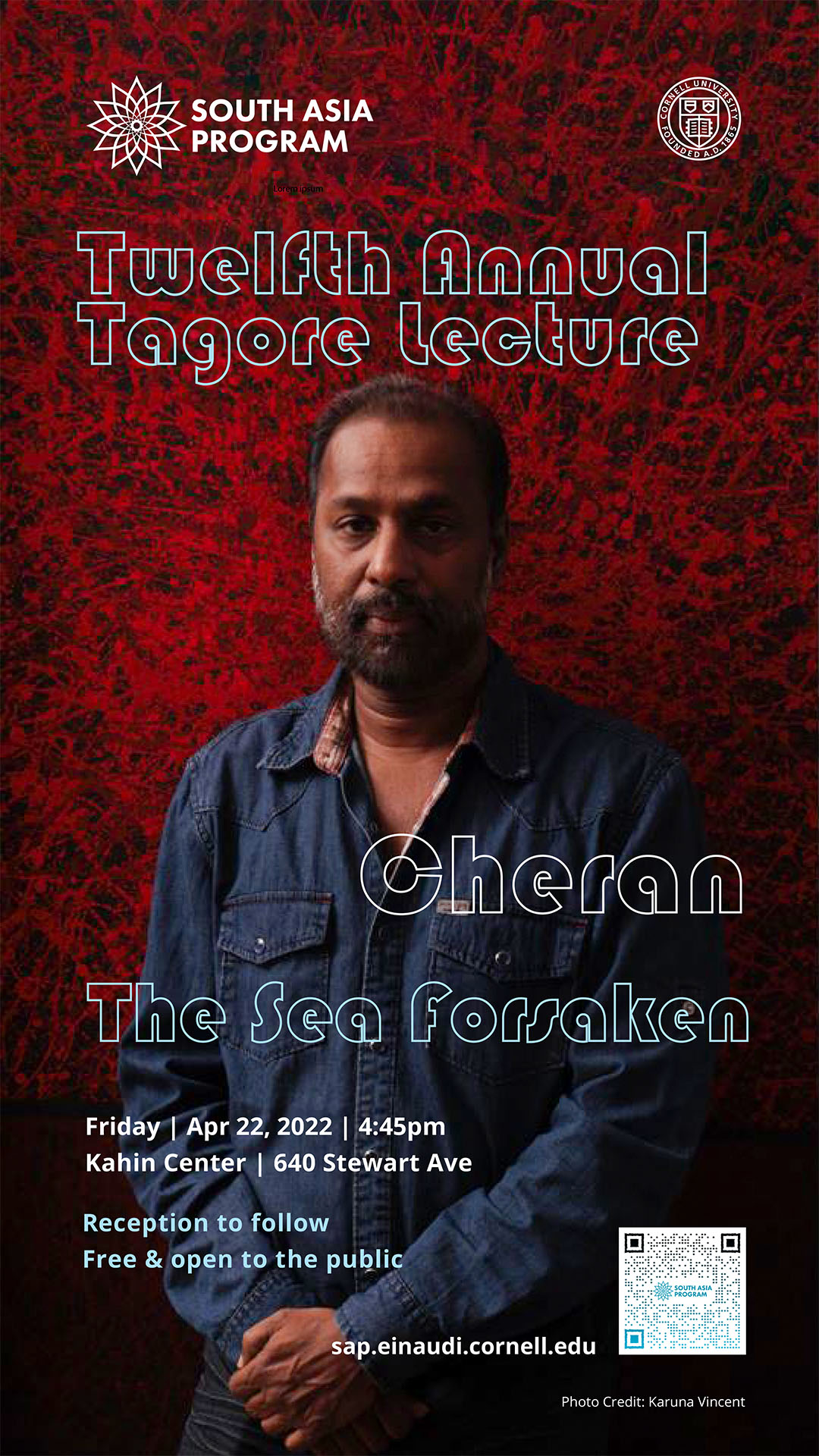 On April 22, 2022, the Tamil-Canadian poet Cheran delivered the 12th annual Rabindrinath Tagore Lecture in Modern Indian Literature, on "The Sea Forsaken." In this lecture and reading, Cheran reflected on the important but ambiguous relationship with the sea from both personal and communal perspectives. Drawing on and reading from his various poems about the sea and other water bodies, he charted an alternative imagination for Tamil identities. 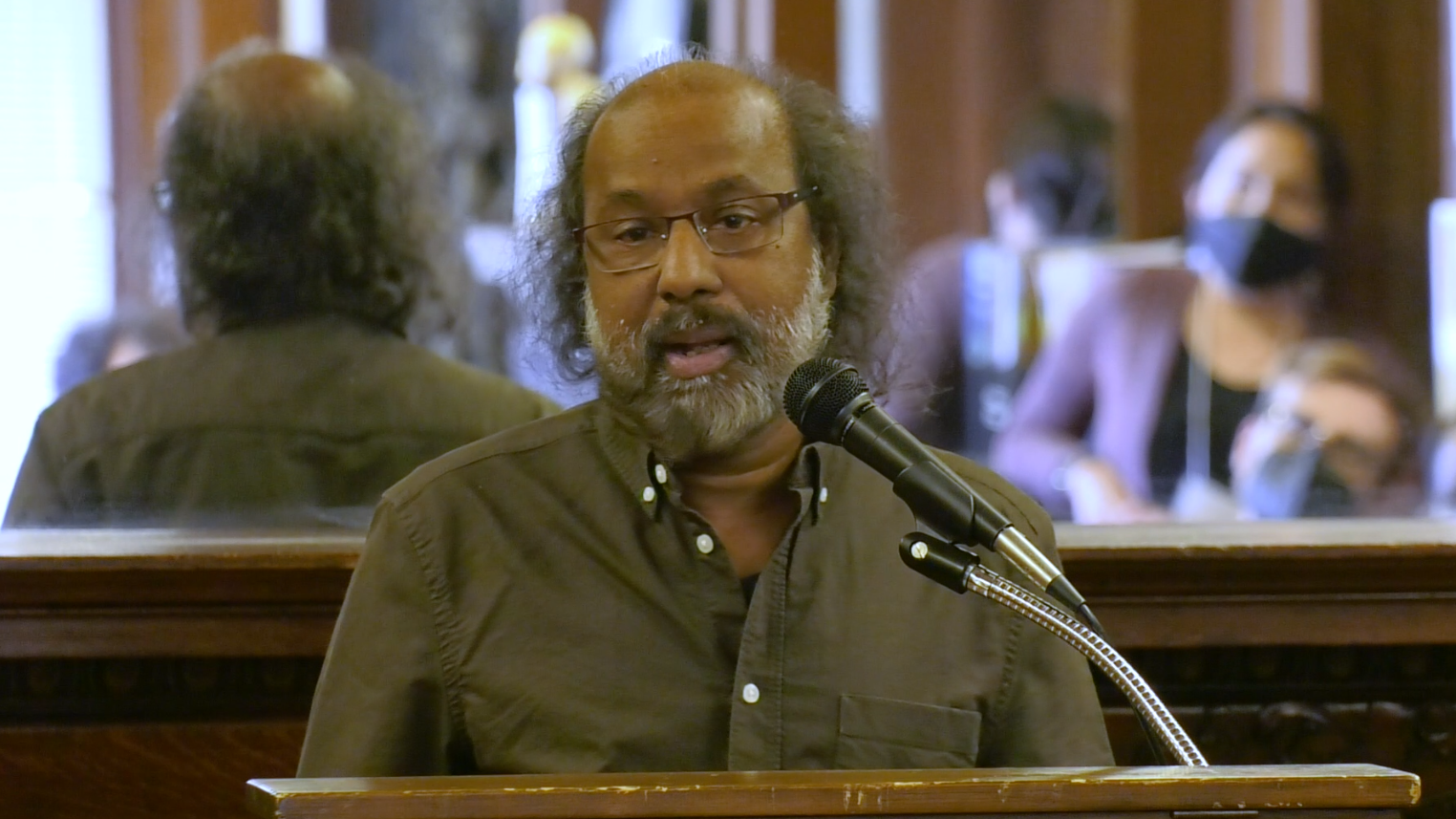 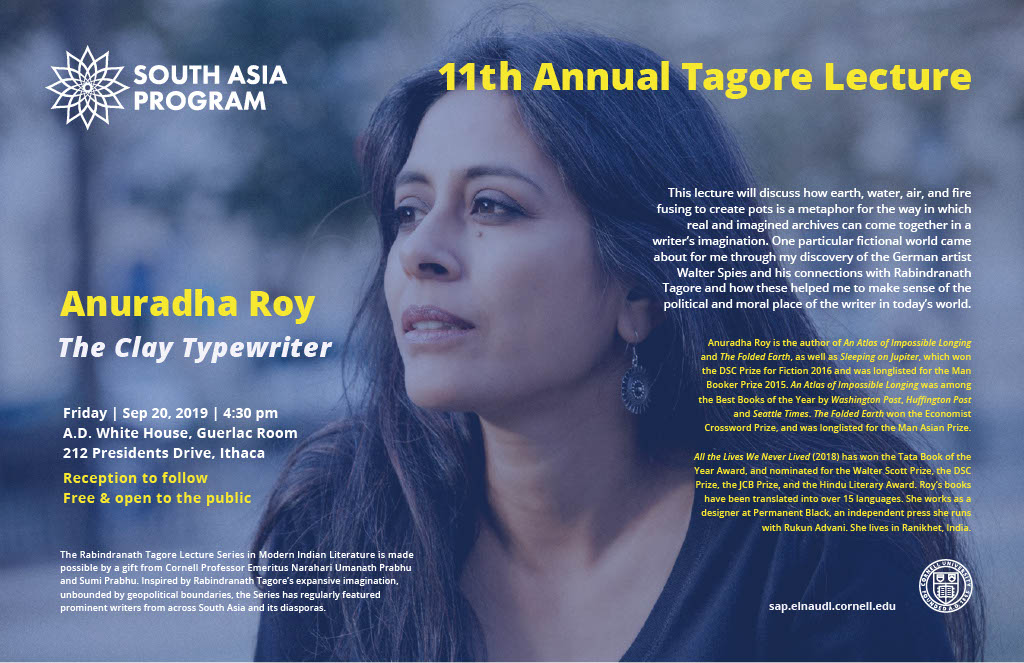 On September 20, 2019, Indian author Anuradha Roy delivered the 11th annual Rabindrinath Tagore Lecture in Modern Indian Literature on "The Clay Typewriter." This lecture discussed how mud and words are connected in her work; how earth, water, air, and fire fusing to create pots is a metaphor for the way in which real and imagined archives can come together in a writer’s imagination and result in fictional worlds. She expands on this metaphor by talking about how one particular fictional world came about for her through her discovery of the German artist Walter Spies. His connection with Rabindranath Tagore was just one example of how historical figures entered her book and helped her to make sense of the political and moral place of the writer in today’s world. 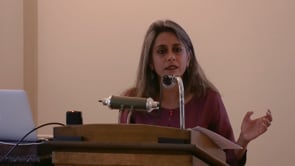 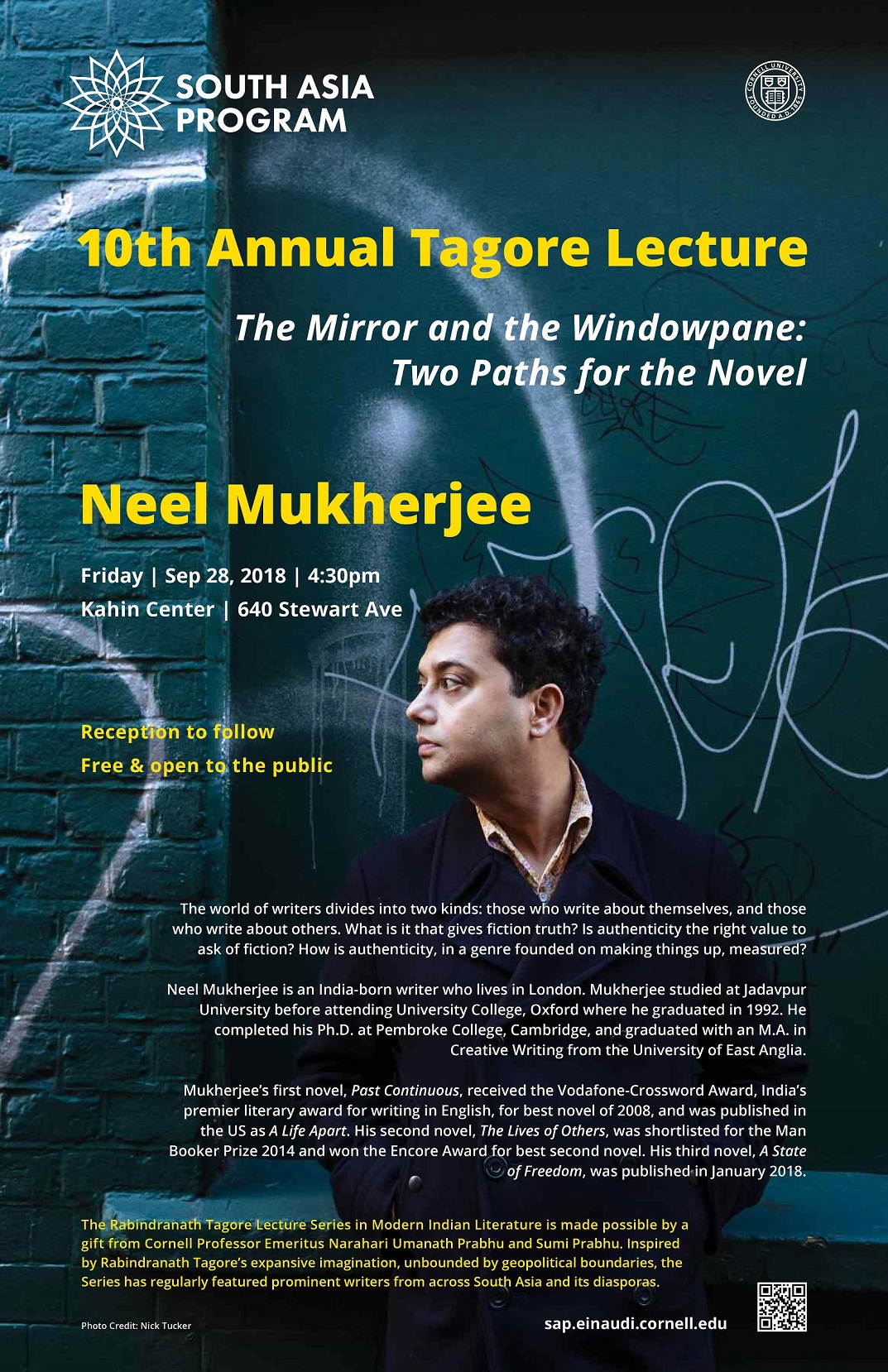 On September 28, 2018, Neel Mukherjee, an Indian-born writer who lives in London, delivered the 10th annual Rabindrinath Tagore Lecture in Modern Indian Literature on "The Mirror and the Windowpane: Two Paths for the Novel. "The world of writers divides into two kinds: those who write about themselves and those who write about others. What is it that gives fiction truth? Is authenticity the right value to ask of fiction? How is authenticity, in a genre founded on making things up, measured? 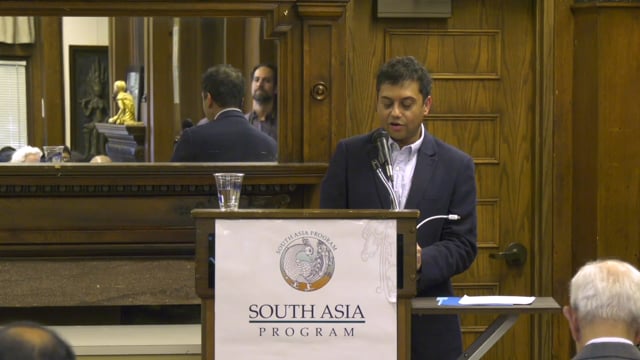 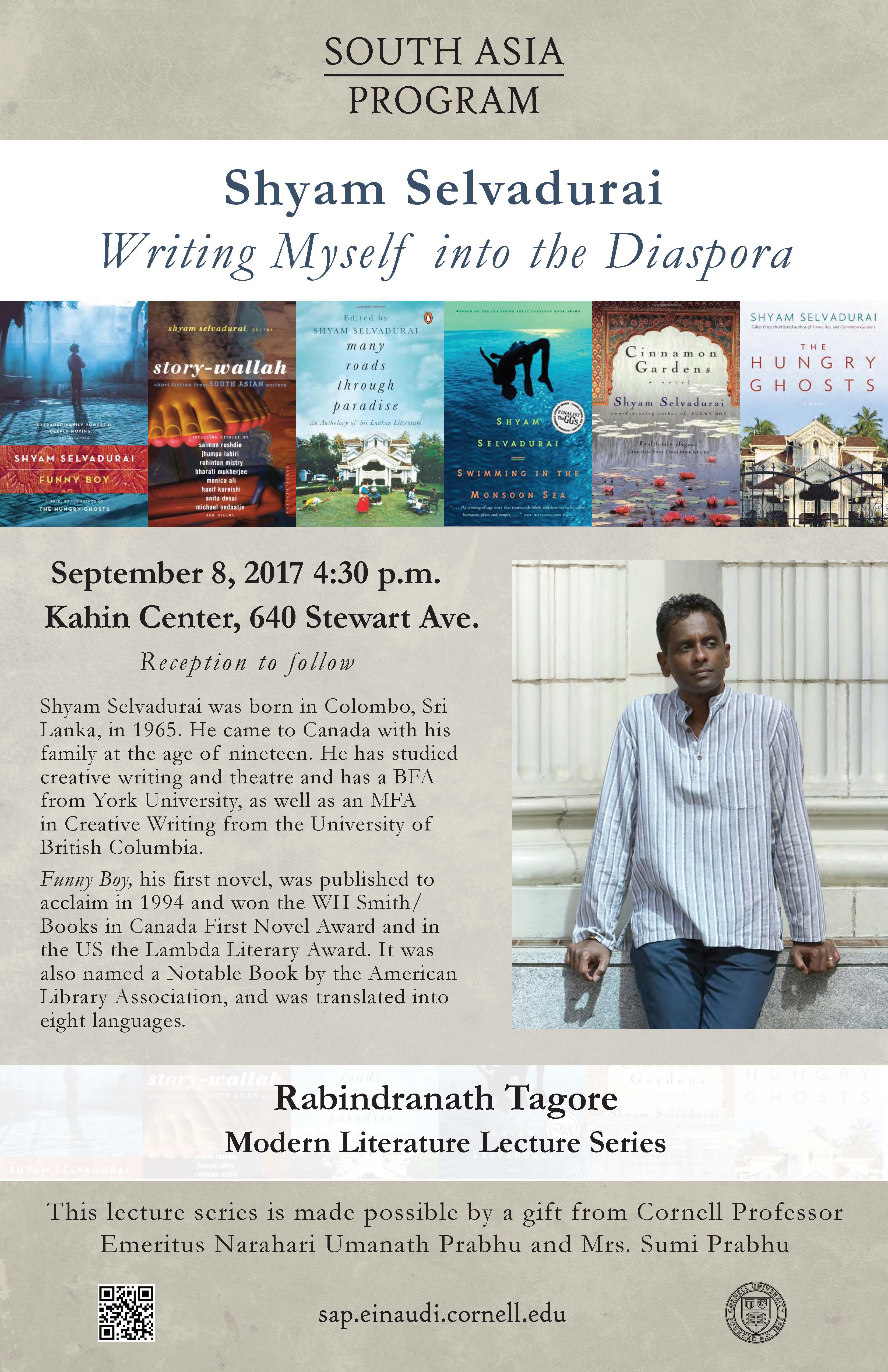 On September 8, 2017, Sri Lankan-Canadian author, Shyam Selvadurai spoke on "Writing Myself into the Diaspora." He read from his novel The Hungry Ghosts and talked about what it means to be a writer working from the hyphen between Sri Lankan and Canadian. Selvadurai was born in Colombo, Sri Lanka, in 1965. He came to Canada with his family at the age of 19. He has studied creative writing and theater and has a BFA from York University, as well as an MFA in Creative Writing from the University of British Columbia. 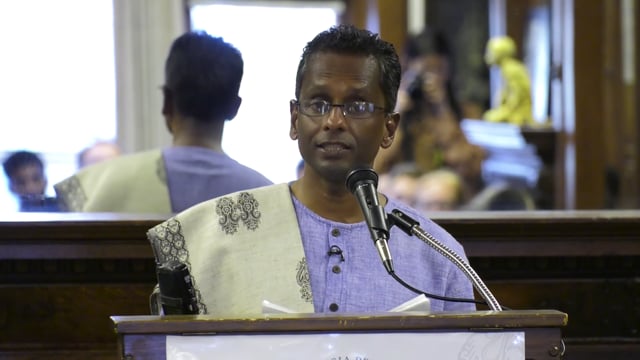 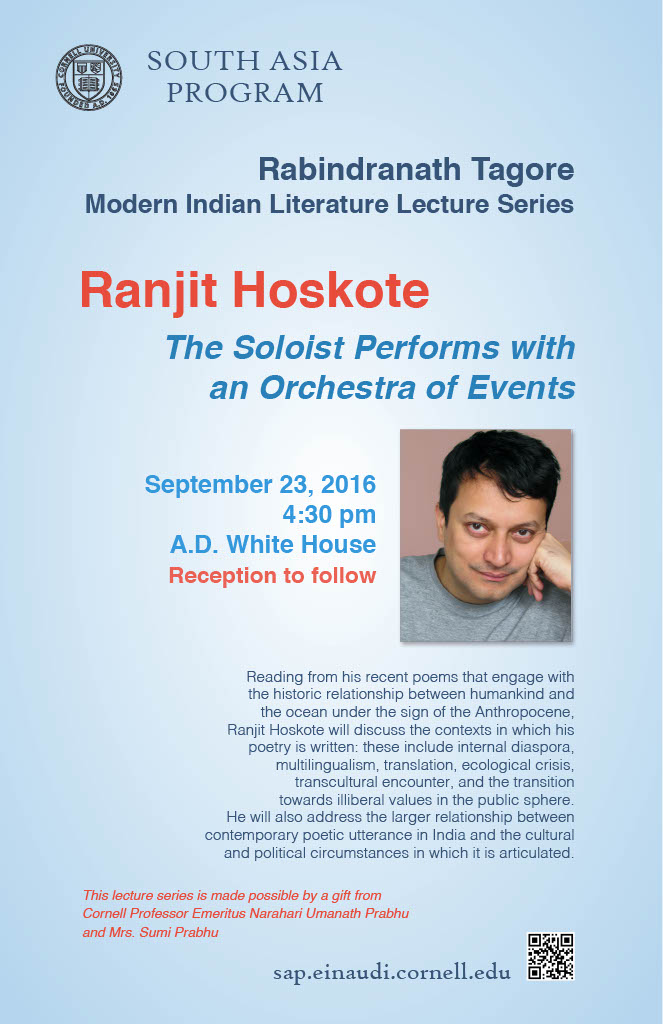 Ranjit Hoskote has long been drawn to the form of the concerto, both for its own beauty and elegance, and as a metaphor for his practice as a poet. For Hoskote, one of India’s most celebrated literary figures, the poet is a soloist and the outside world provides the orchestra. The relationship between soloist and orchestra can take a variety of modes: dialogue, contest, divergence, and collaboration.

On September 23, 2016, Hoskote addressed the tension between contemporary poetry and current cultural and political debates over India’s national identity in a globalized world. He also discussed some of the contexts in which he writes his own poetry, including diaspora, multilingualism, translation, ecological crisis, transcultural encounters, and the rise of illiberal demagoguery. 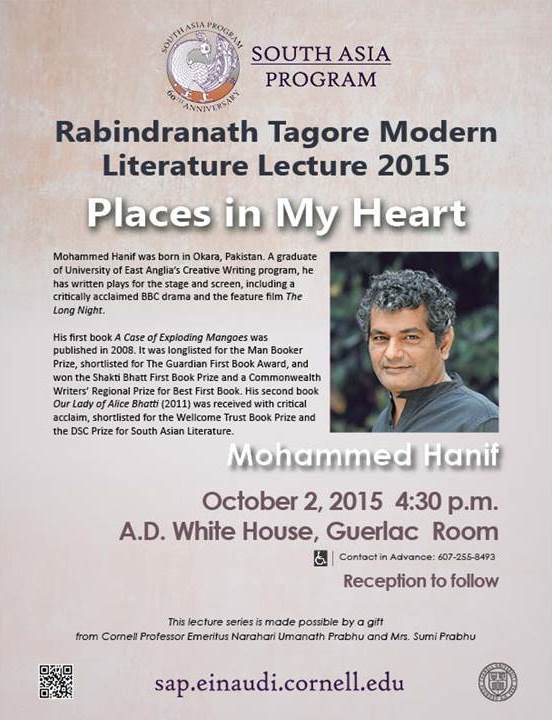 On October 2, 2015, Pakistani writer and journalist Mohammed Hanif delivered "Places in My Heart," the 2015 Tagore Lecture in Modern Indian Literature. A graduate of University of East Anglia's Creative Writing program, he has written plays for the stage and screen, including a critically acclaimed BBC drama and the feature film, The Long Night. His first book, A Case of Exploding Mangoes, was published in 2008. 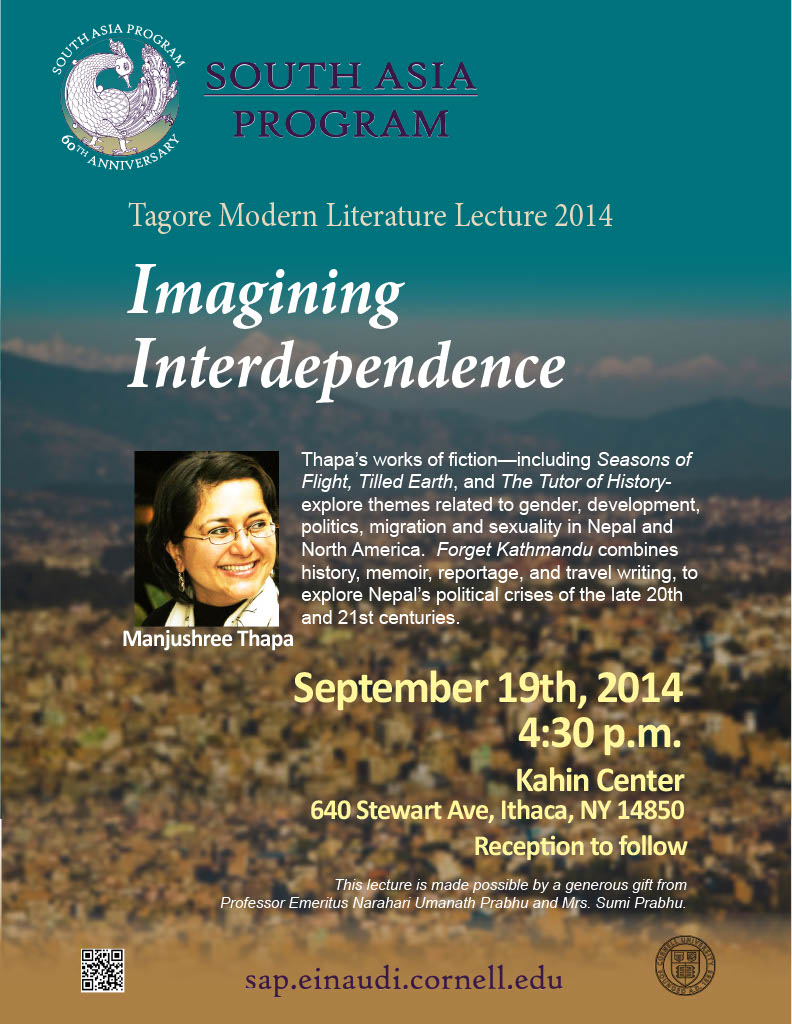 On September 19, 2014, Nepali-Canadian author Manjushree Thapa spoke on "Imagining Interdependence." Discussing her latest novel, Thapa said, "I believe that writing is, above everything else, an act of creating or shaping public consciousness. Fiction writing is an attempt to ... depict the so-called small people, the unimportant people, in their complexity, and to engender empathy among people." 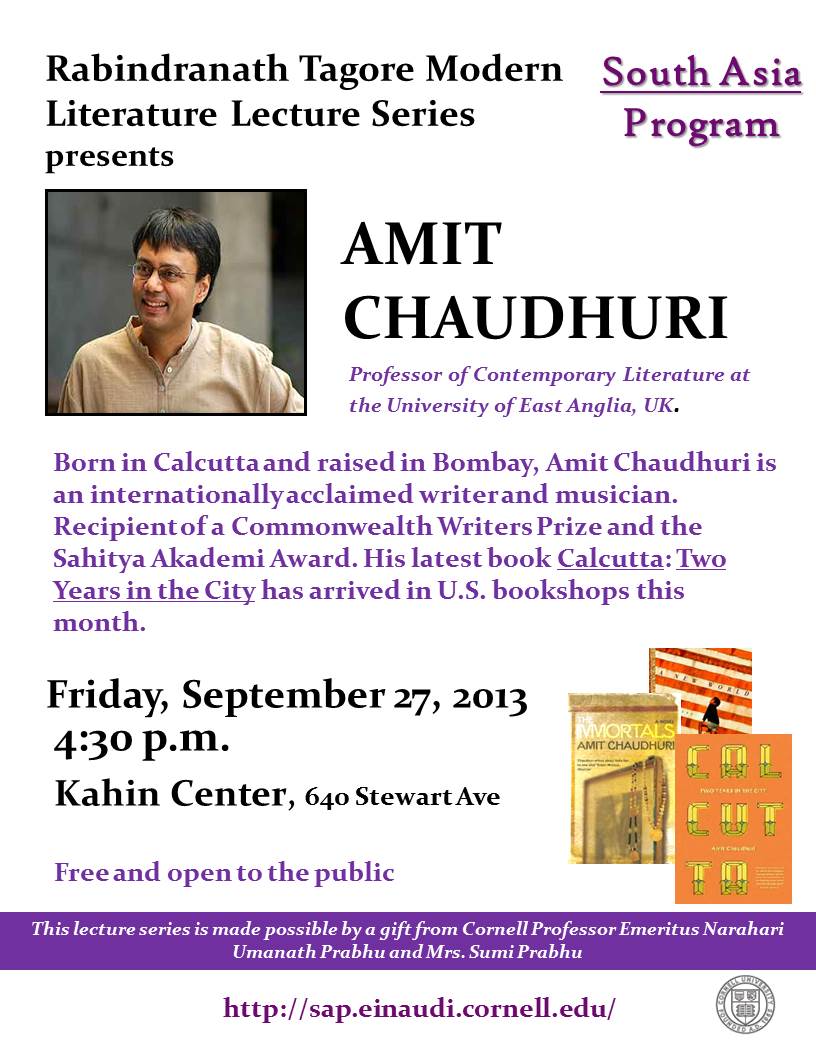 On September 27, 2013, novelist Amit Chaudhuri presented that year’s Rabindranath Tagore Modern Literature. Born in Mumbai in 1962, Chaudhuri grew up in Bombay. He has written numerous novels, short stories, poems, and critical essays in English. He is currently Professor of Contemporary Literature at the University of East Anglia. Chaudhuri is the author of five novels, the latest of which is The Immortals, a novel about music in the modern world. 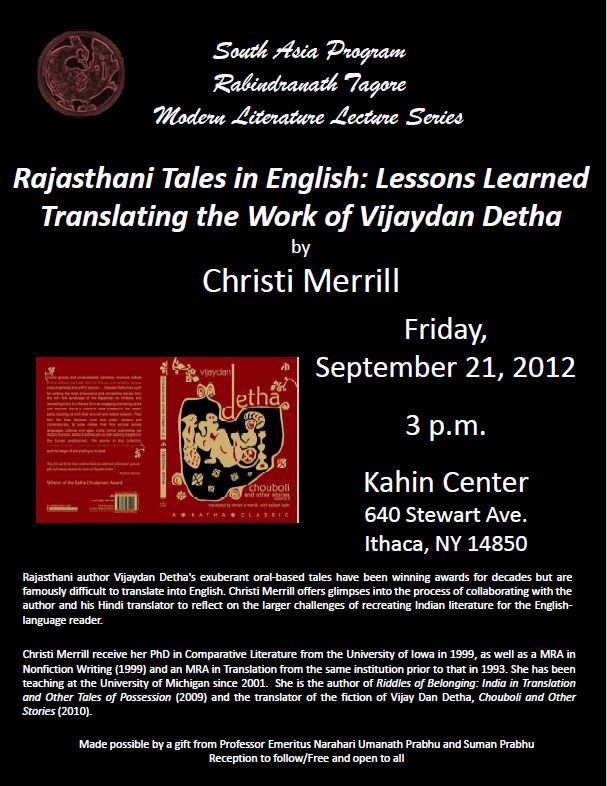 On September 21, 2012, Christi Merrill spoke on "Rajasthani Tales in English: Lessons Learned Translating the Work of Vijaydan Detha." Rajasthani author Vijaydan Detha's exuberant oral‐based tales have been winning awards for decades but are famously difficult to translate into English. Merrill offers glimpses into the process of collaborating with the author and his Hindi translator to reflect on the larger challenges of recreating Indian literature for the English language reader.

Merrill received her PhD in Comparative Literature from the University of Iowa in 1999, as well as a RFA in Nonfiction Writing (1999) and an MRA in Translation from the same institution prior to that in 1993. She has been teaching at the University of Michigan since 2001. She is the author of Riddles of Belonging: India in Translation and Other Tales of Possession (2009) and the translator of the fiction of Vijay Dan Detha, Chouboli and Other Stories (2010). 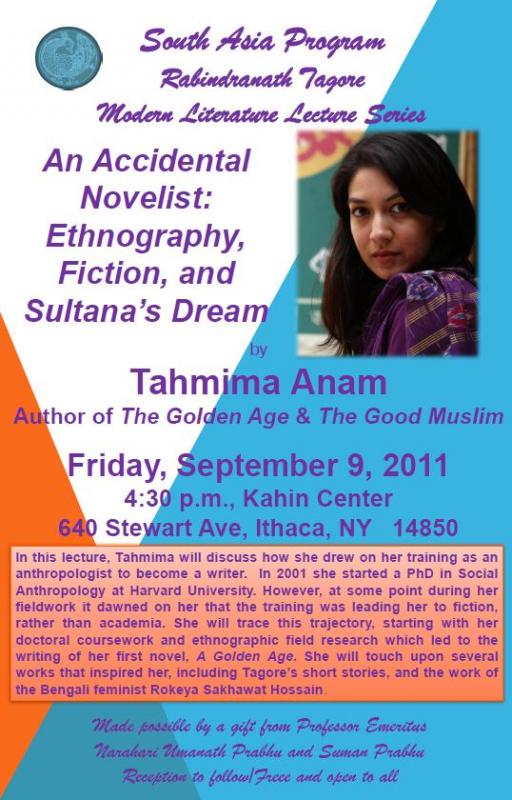 On September 9, 2011, Tahmima Anam, author of The Golden Age and The Good Muslim, delivered "An Accidental Novelist: Ethnography, Fiction, and Sultana's Dream." In this lecture, Anam discussed how she drew on her training as an anthropologist to become a writer. In 2001 she started a PhD in social anthropology at Harvard University. However, at some point during her fieldwork it dawned on her that the training was leading her to fiction, rather than academia. She traced this trajectory, starting with her doctoral coursework and ethnographic field research which led to the writing of her first novel, A Golden Age. She touched upon several works that inspired her, including Tagore’s short stories, and the work of the Bengali feminist Rokeya Sakhawat Hossain. 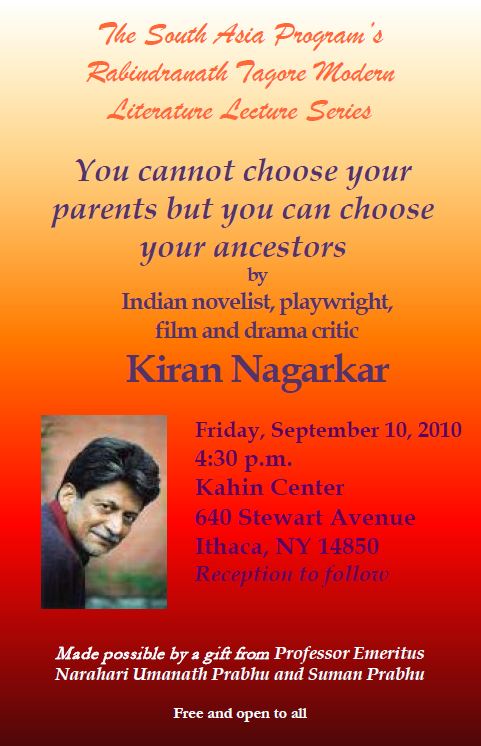 On September 10, 2010, Indian novelist, playwright, film and drama critic Kiran Nagarkar delivered the Tagore Lecture, "You Cannot Choose Your Parents but You Can Choose Your Ancestors." 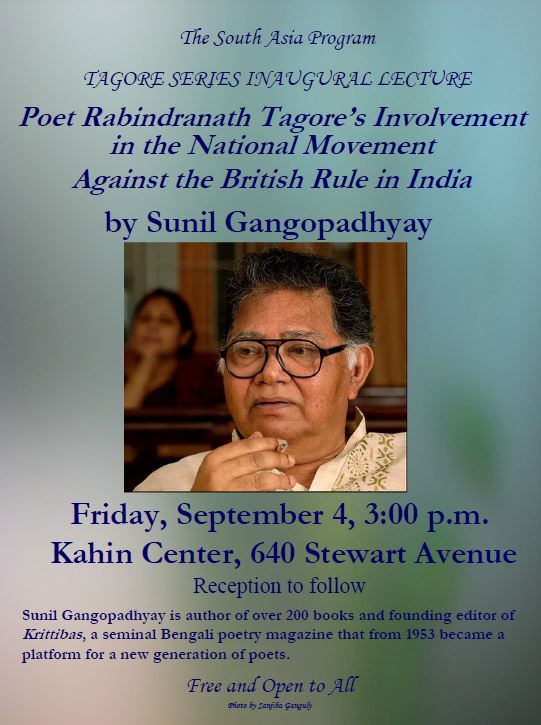