(Re)collecting: SEAP 70th at the Museum

"(Re)collecting: SEAP 70th Anniversary at the Johnson Museum" used the collections at the Johnson Museum to foreground the materialities and histories of individual objects and to connect these objects with broader flows of people, ideas, and things. These flows are what brought scholars to Cornell to study the region known today as Southeast Asia, and these flows also materialize the collection practices of individuals and institutions over time. As we investigate the biographies of objects and their collectors, we seek to discern patterns of power and procurement from this accumulation of rich stories; illuminate the efforts of individuals who may not yet be acknowledged in official, linear histories; and explore how objects in the collection continue to be used pedagogically by SEAP faculty today in ways that deeply influence the directions of current and future generations of scholars of Southeast Asia.

For a second phase of the virtual exhibit mounted in late Spring 2021, we asked SEAP alumni to share memories and stories that you may have about your engagements and encounters with objects from Southeast Asia in the Johnson collections, or objects you may have donated to the museum.

We welcome recollections that are polished and sharp or patchy and fuzzy, as we find that these metaphoric and material qualities are what make people's relationships with objects so generative. (You may use the link about to send us your stories--with permission to use them. Questions can be emailed to seaphistories@cornell.edu)

Beginning with his hire in 1957 Giok Po Oey (1922-2010) worked tirelessly to build a world-class library collection of publications from and about Southeast Asia.  His efforts, in collaboration with Cornell faculty, students and others interested in the region, resulted in what is widely recognized as the leading collection of its kind in the world.  The foundation built during those formative years has created a legacy that has lasted far beyond Giok Po’s tenure as Curator when he retired in 1985, and now beyond his lifetime.  This exhibit followed the growth of the collection during the early years as Giok Po worked closely with the founders of Cornell’s Southeast Asia Program to build up this magnificent treasure known around the world as the John M. Echols Collection on Southeast Asia. 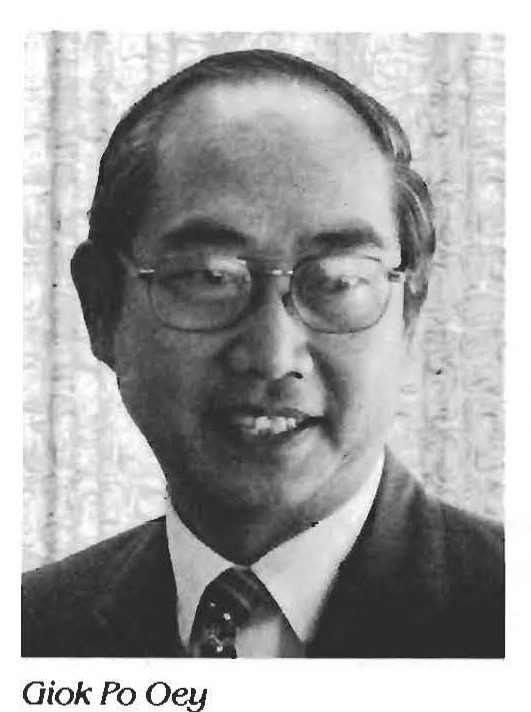 The exhibit is available virtually here.