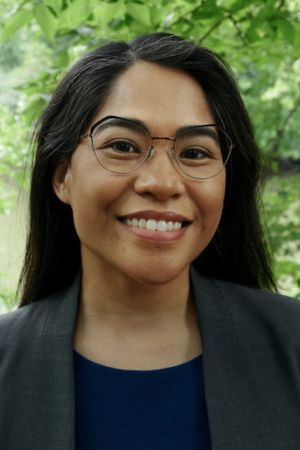 Juno Salazar Parreñas is a feminist science studies scholar who examines human-animal relations, environmental issues, and efforts to institutionalize justice. Parreñas’ book, Decolonizing Extinction: The Work of Care in Orangutan Rehabilitation (Duke UP, 2018) received the 2019 Michelle Z. Rosaldo Prize, biennially awarded by the Association for Feminist Anthropology for a first book, an honorable mention for the 2019 New Millennium Prize biennially awarded by the Society for Medical Anthropology, an honorable mention for the 2019 Diana Forsythe Prize jointly awarded by the Society for the Anthropology of Work and the Committee for the Anthropology of Science, Technology, and Computing, and an honorable mention for the 2020 Harry Benda Prize from the Association for Asian Studies. She is the editor of Gender: Animals (Macmillan Interdisciplinary Handbooks, 2017). Her article, “Producing Affect: Transnational volunteerism in a Malaysian orangutan rehabilitation center,” received the 2013 General Anthropology Division’s Exemplary Cross-Field Scholarship Prize. She is also a featured columnist in the Los Angeles based monthly magazine The Lesbian News.

When did area studies die? Some attribute it to the end of the cold war in the early 1990s, even as former Social Science Research Council president Kenneth Prewitt in 1996 lauded area studies as the most successful “interdisciplinary project ever in the humanities and social sciences.” Some link it to threats in the 2010s to eliminate Title VI federal funding. Others like Gavin Walker and Naoki Sakai (2019) say that area studies is not quite dead, but “tied to a schema of the world that no longer exists” (Walker 2019).

Yet the area of Southeast Asia, both in terms of scholarly expertise and geographical locale, remains a meaningful category. Forms of study about Southeast Asia speak to different challenges than those first articulated in the mid-twentieth century. Such challenges include zoonotic pandemics, climate breakdown, biodiversity loss, and particulate matter from carbon combustion that is euphemistically known as haze. This talk considers the continued significance and resilience of Southeast Asian Studies as it links what may feel like fractured engagements with planetary problems.